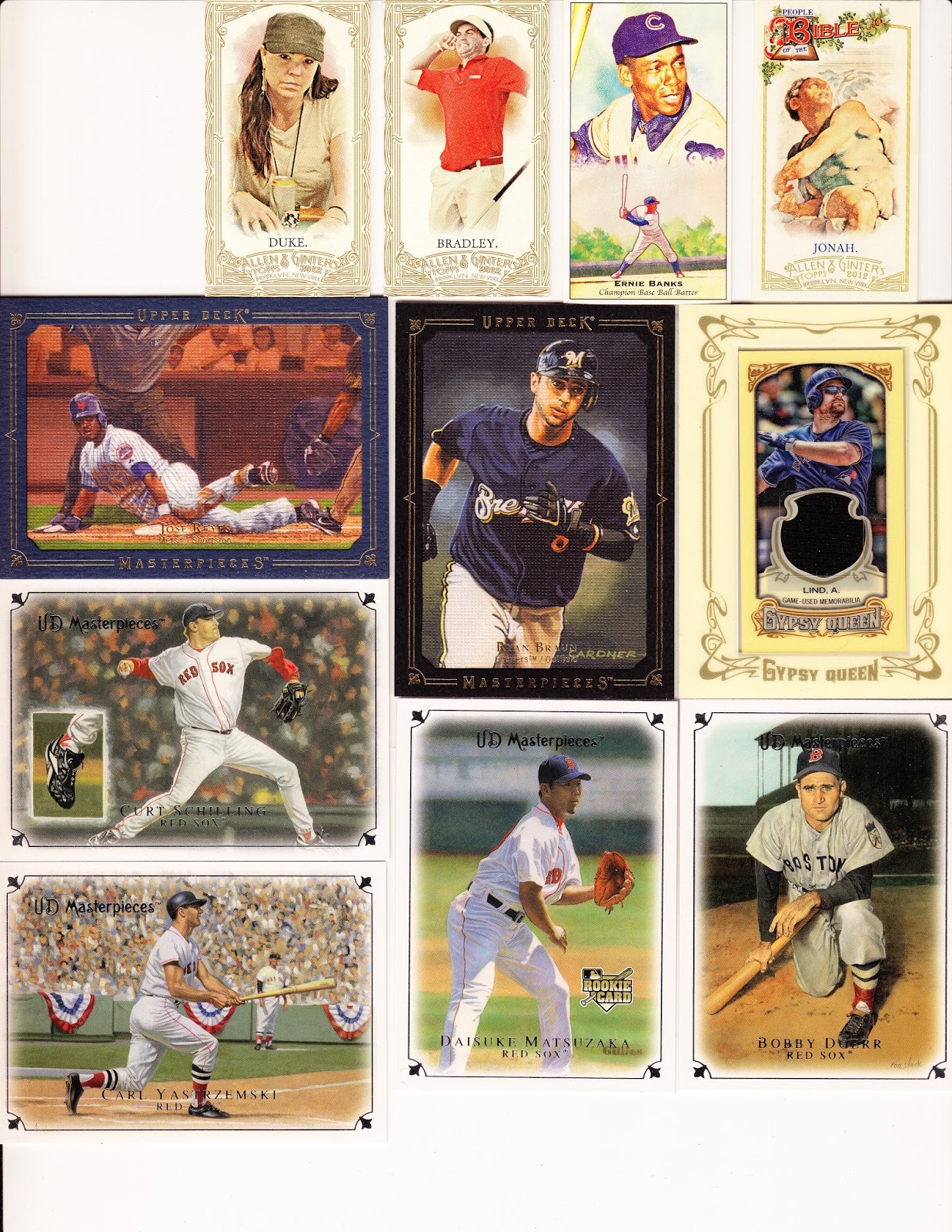 I think, that by this time, most people have been fortunate enough to have received at least one PWE from JediJeff of 2x3heroes fame, if not, proceed there immediately and sign up for his Club PWE.  Ok are you back?  These are some of the awesome cards Jeff sent in his last mailing to me, as always I start off with the minis!! Not just any ole minis but 4 from my wantlists, and that in itself always make a great package.  2 2012 ginter gold minis, a 2011 Kimball Champions Ernie Banks and a 2012 Ginter people of the bible insert PB-5 Jonah.  The Kimball Ernie Banks dropped my list to 1 card to finish-- 66 Yogi Berra, and thanks to the Jeff's most recent post in which he showed off his LCS trip and Kimball haul from there.... it appears Jeff is going to knock of the YOGI!!! Be prepared for a Joy of a Completed Set post at some point in the future!!  The Jonah mini cut my list to refinish the bible inset set to just 2.


Jeff didnt just hit my Ginter mini collections, he also set along an Adam Lind GQ relic and some cards that I just dont get in trades--EVER-- Framed Masterpieces!!!!  2 of them to be exact... the Jose Reyes is a blue framed /50 and the Ryan Braun is a black frame, I know Jeff sent that one along because well i dont think he is a fan of Braun...so I win!!!  The other 4 masterpieces look like 07 base cards but they are the glossy inserts from 08 or so...  I think only Red Sox and Yankee cards were featured like this.

Of course if these were the only cards Jeff had sent, I would have been estatic.. but no there were more! 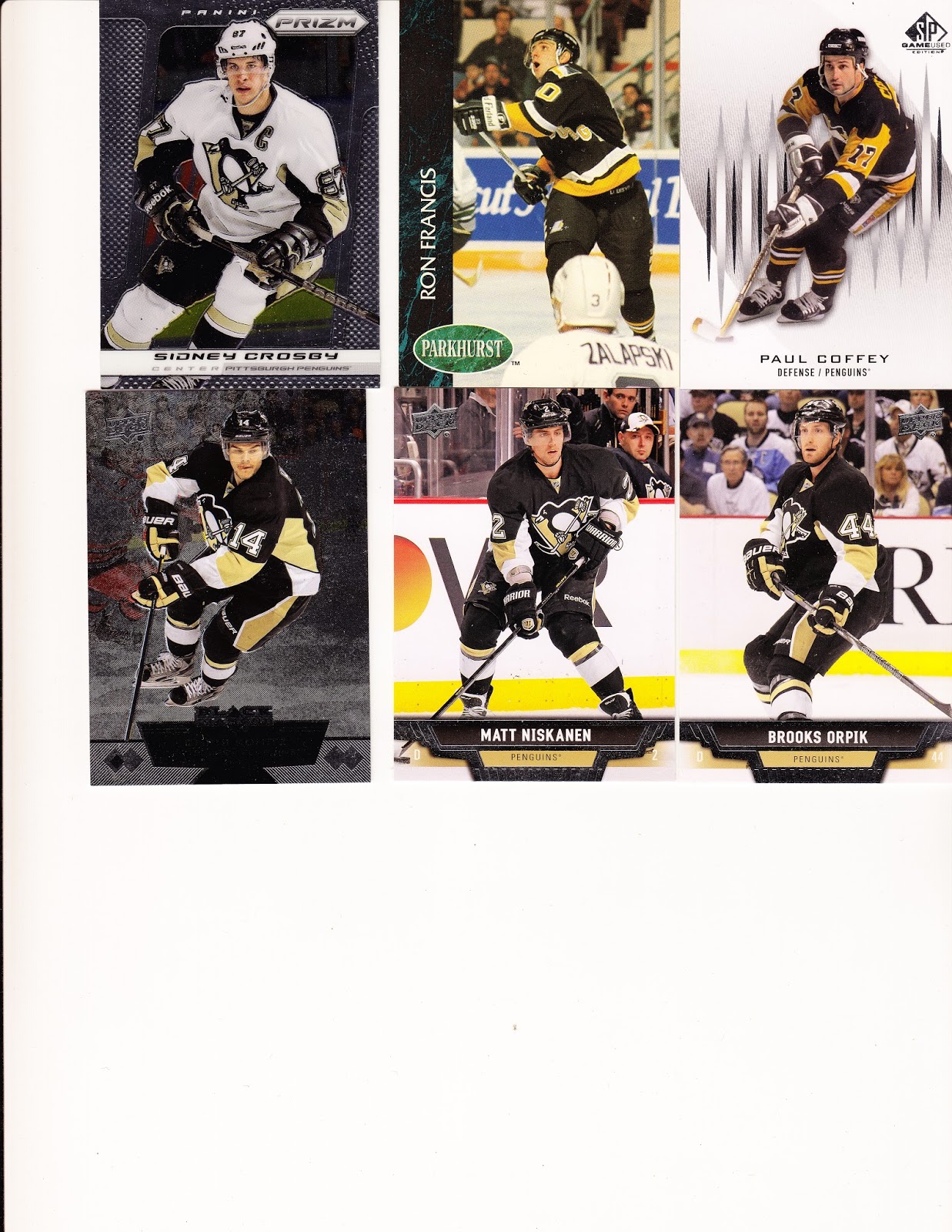 6 Penguins well I suppose you could make that 7 as the Parkhurst (my first Parkhurst card btw) features a cameo of future Penguin Zarley Zalapski.  Love that name.  I love the Prizm Sid and the UD Black Diamond Kunitz is flat out awesome looking, so uhh if anyone wants to unload any Penguins from that set, feel free to send them to me!!! 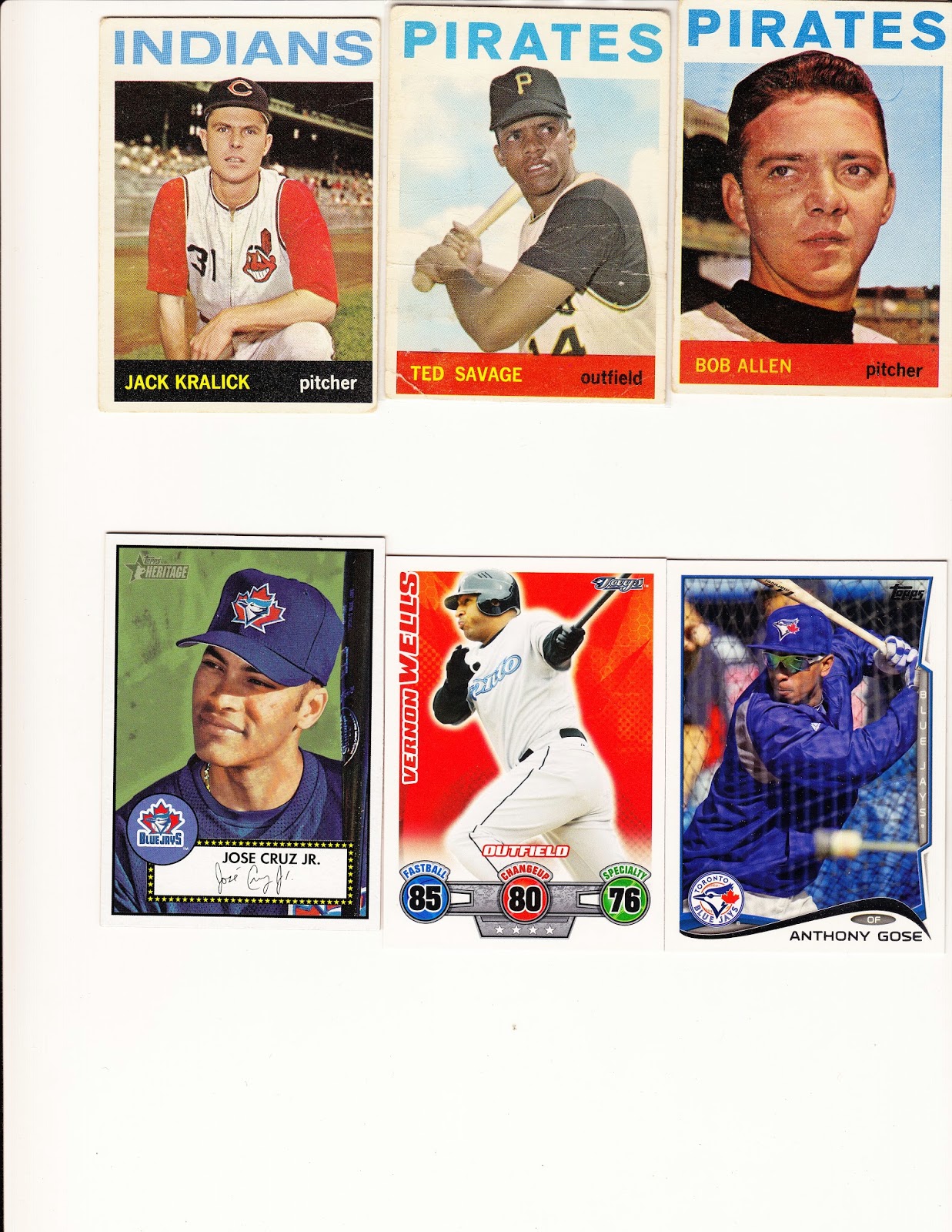 Last but not least some vintage 1964 model Pirates and an Indian... always enjoy some local team vintage!  and a few more jays....

thanks for the package jeff and I look forward to the next mail day coming from the Land of Lincoln!!
as always let's make  a deal!!!!!!!