Just a bit over a year ago I had won  this card on ebay-- the 2010 Ginter  #375 Kurt Suzuki ext mini, which was suppose to finish my ext portion of the reg mini set.  And then..... it never showed up, the buyer had loaded in the shipping number, but it never showed up at the post office.  After back and forth and my first claim to ebay for non shipping seller, I won the claim, which was better than not winning but I was still 1 card short on my set.  I had started to give up hope of the card ever showing up again when it reached a year of no sighting.... and then boom it shows up  in a BIN/OBO, I  put in an offer of $25 (which was $12 less than I had paid previously), seller accepts...but I knew better than to think my set was finished based on my prior experience.  2 days later card shows up unscathed and now my 2010 ginter reg mini set is finished....right?? Well, not exactly.  I have all 50 ext minis but somehow I am still short of 2 reg minis #12 Jesus Flores and #46 Chad Billingsley.  I may or may not have these 2 cards hiding somewhere in my mess of minis, but rather than search frantically or caving in and buying these 2, I am going to hold out hope that someone out there has one or more of those 2 and would be willing to trade.  I am not sure I have finished any of my sets via a trade and I would like for that to happen, so do you have one of them to trade??? I will make it worth your while. 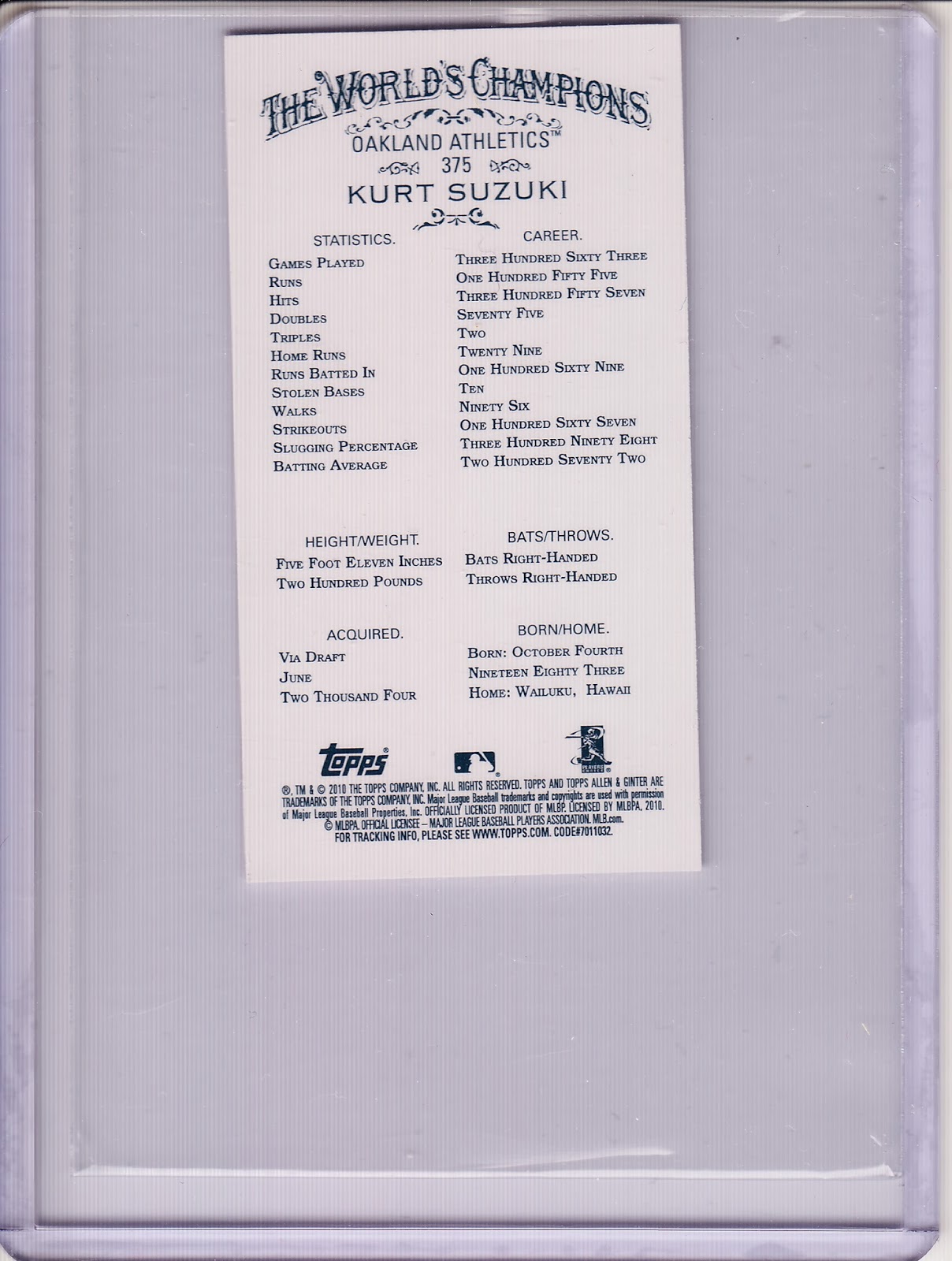 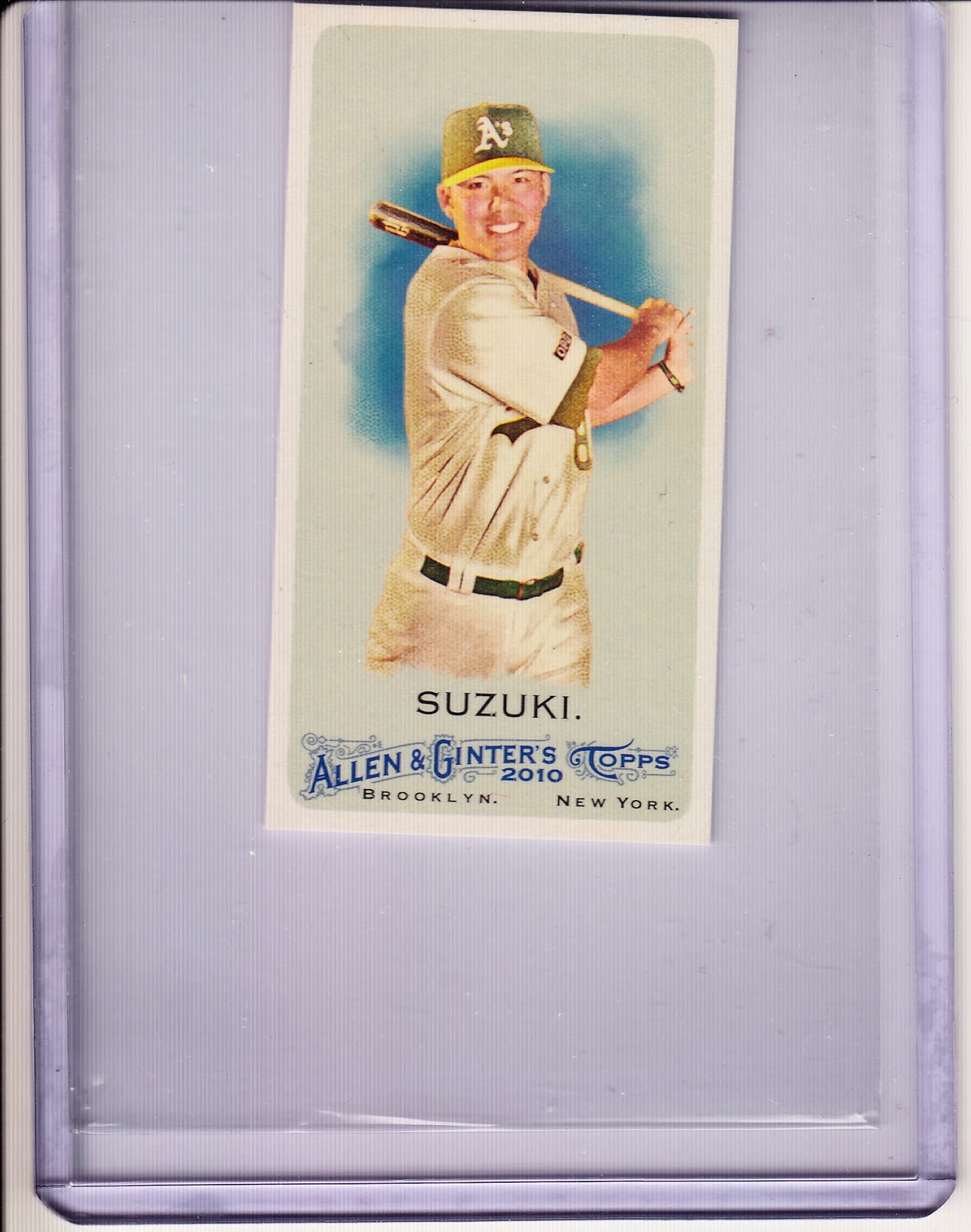 Ok enough of my boring write up.... here is about the only unique and interesting thing I bring to the blogosphere..... pics of ginter ext minis....  ignore that first row.... they are just regular ole SP minis.  Cole Hamels is card 351 and I have to say my 2 favs of these are the 356 of Mark Texieira and 373 of Joe Maurer.  Enjoy. 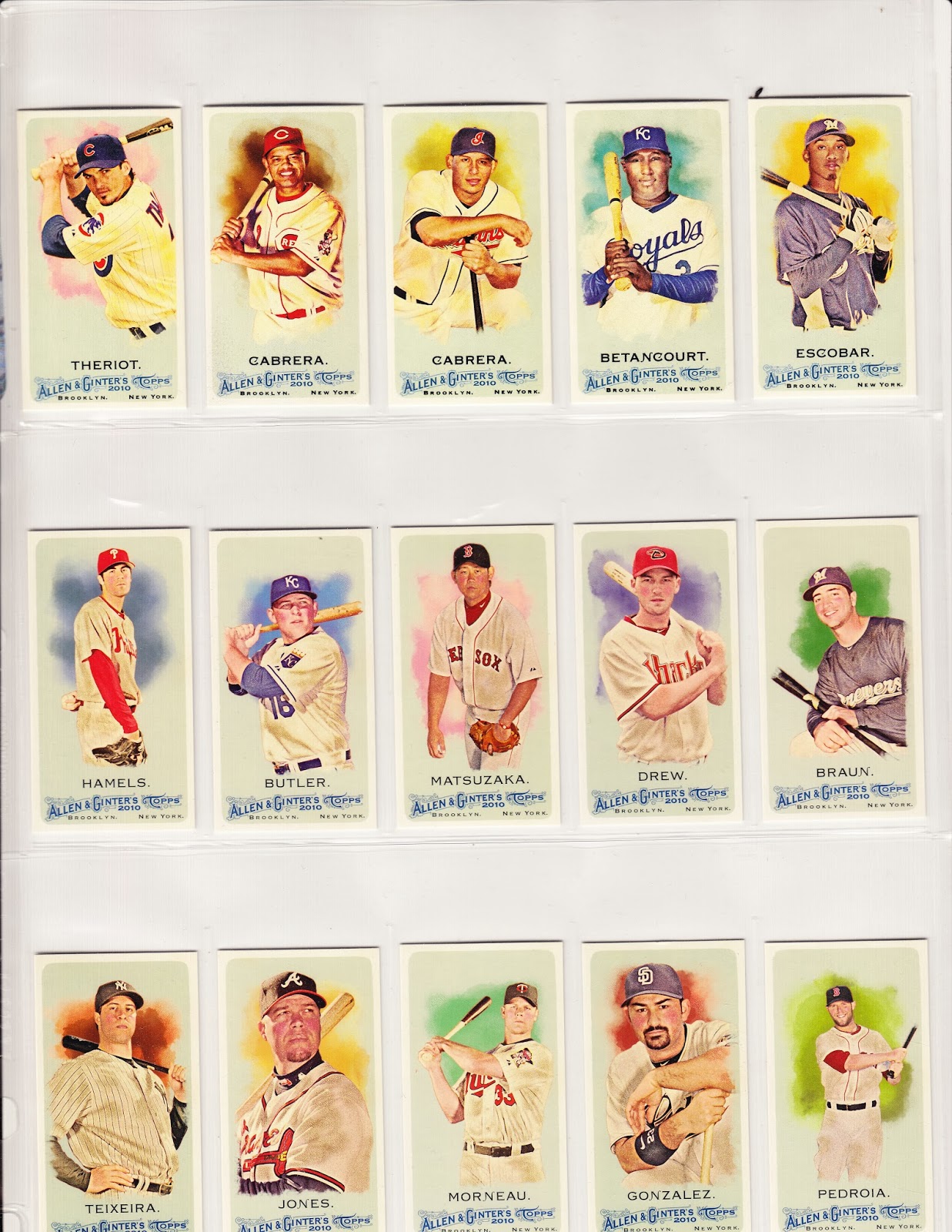 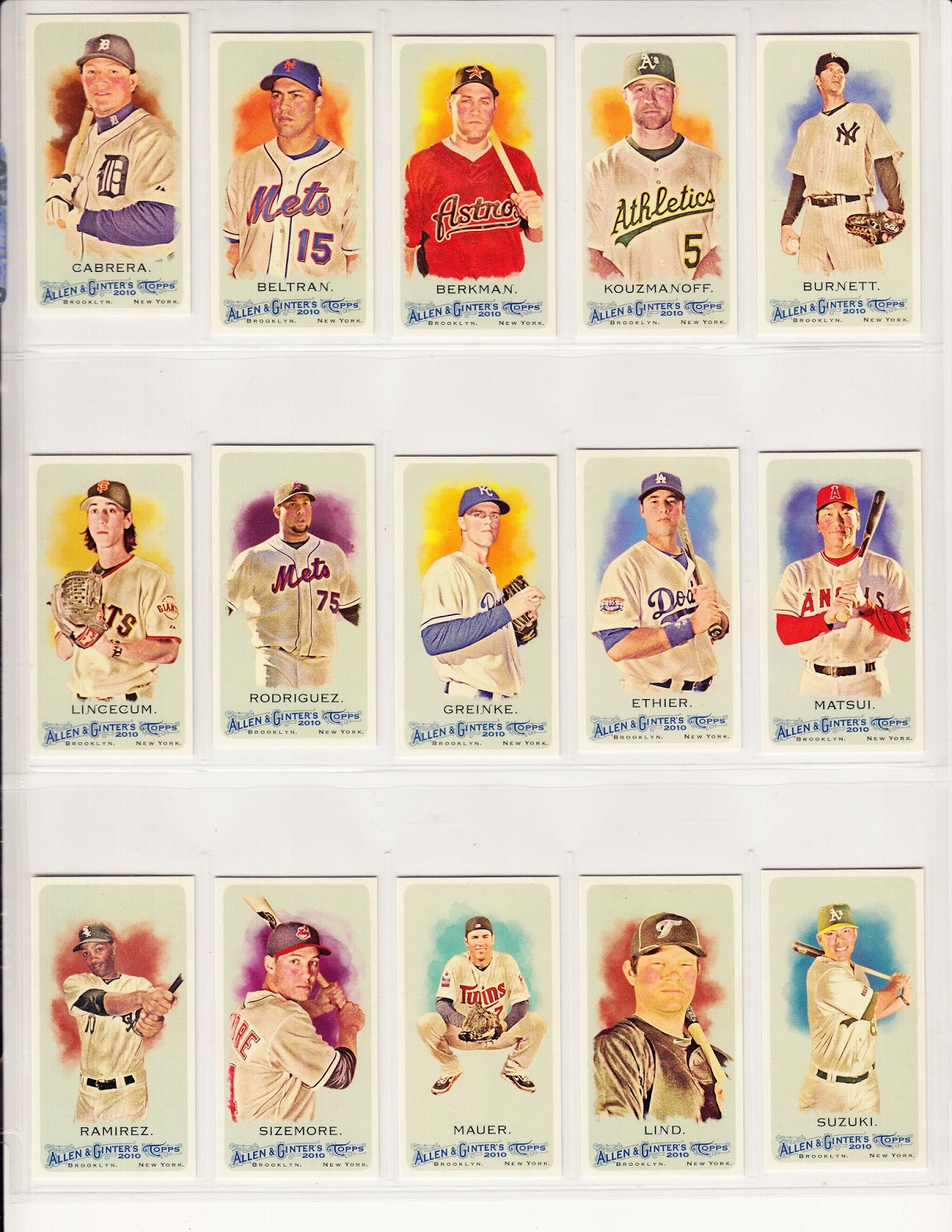 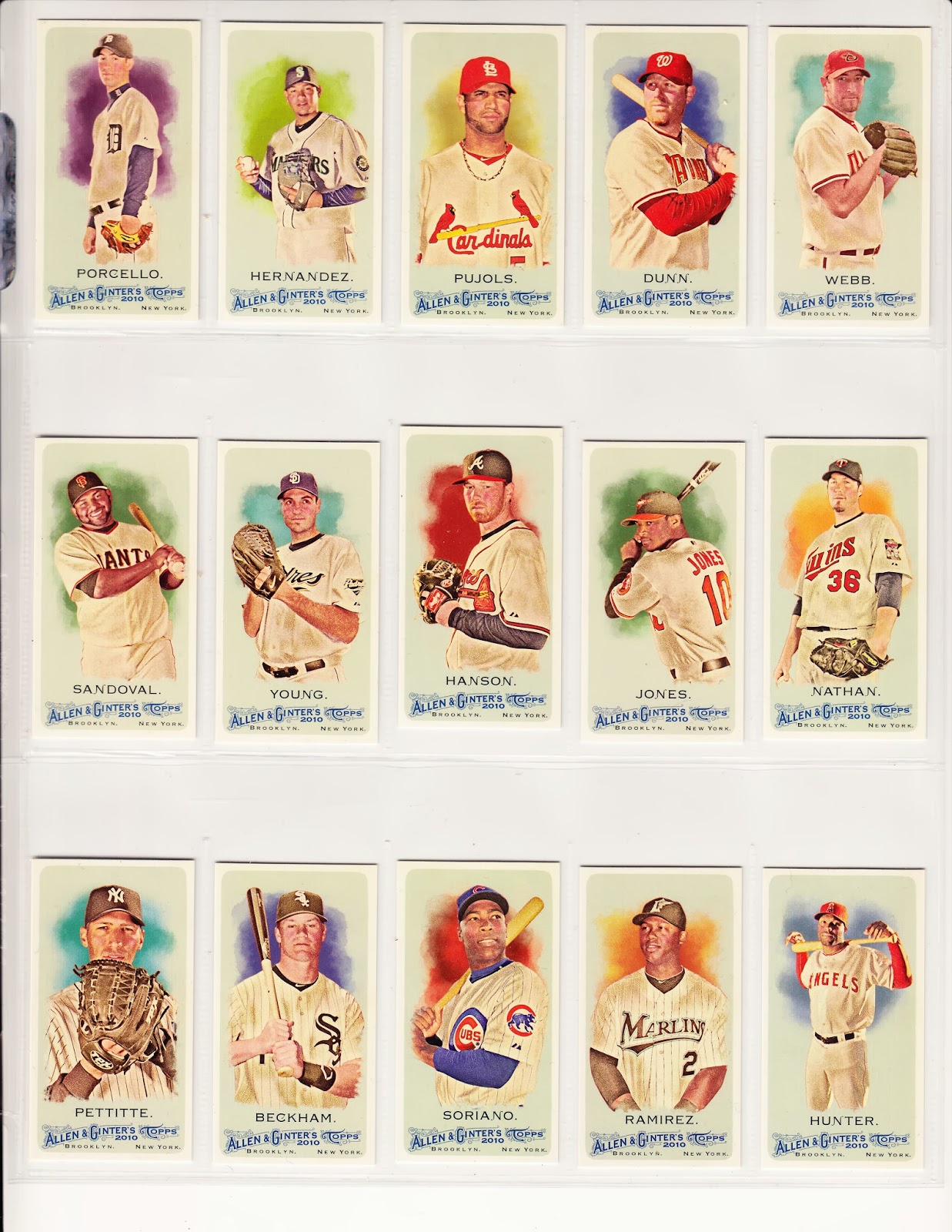 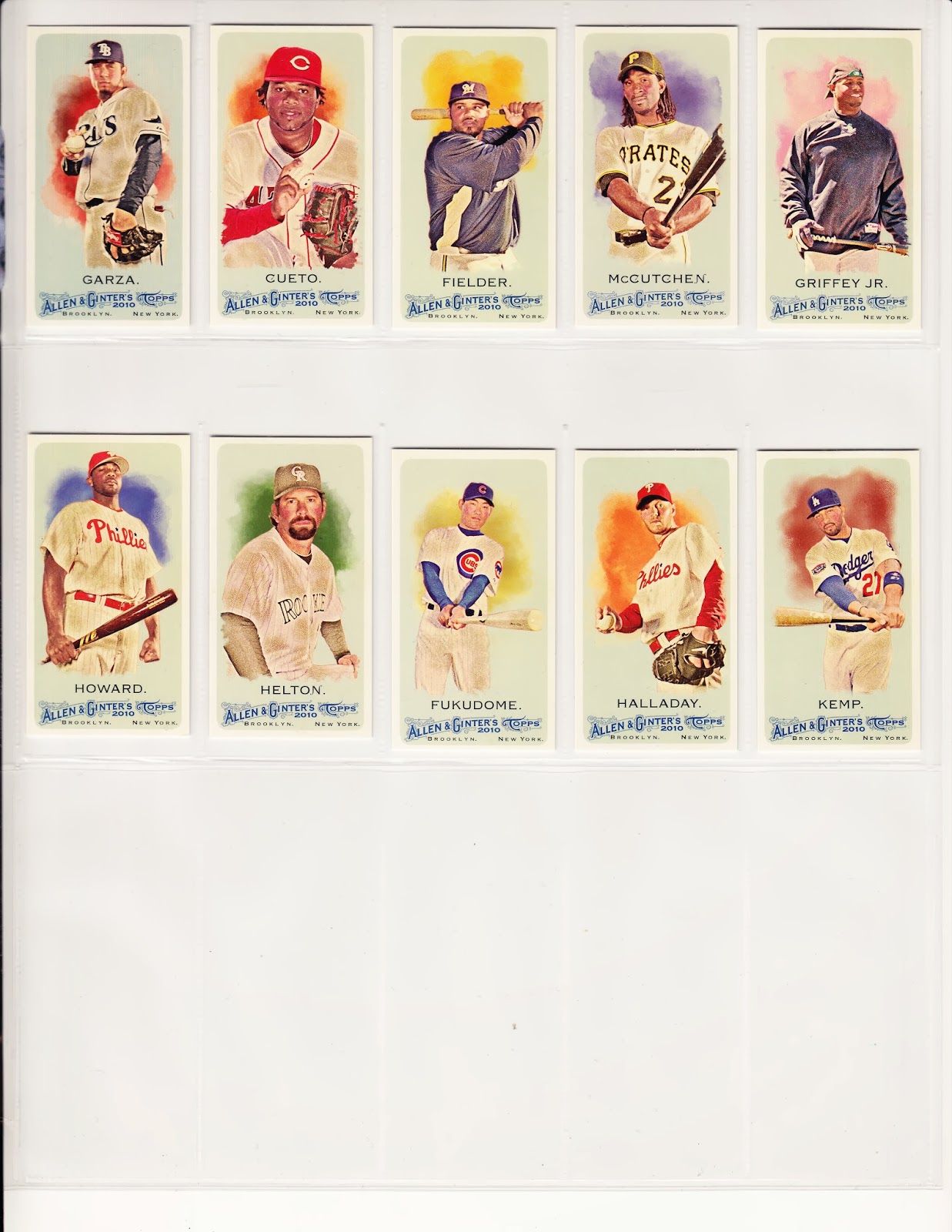